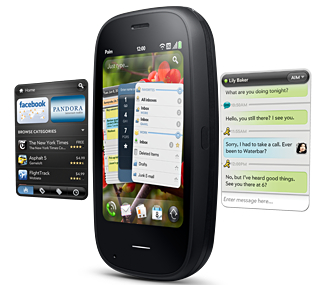 Following its acquisition of Palm Inc. in April 2010, Hewlett Packard (HP) re-wrote webOS to include tablet support, ahead of the HP TouchPad’s ultimate release in July 2011. After a surprise decision to halt all production, sales and future development of webOS-based hardware in August 2011, HP decided to release an open source version of the webOS operating system. Open webOS was officially released in September 2012 . On 25 February 2013, HP announced the sale of its remaining webOS division to LG Electronics, who are still actively contributing to the Open webOS code base.

webOS also has an active and committed Homebrew Community that is largely driven by WebOS Internals, the developers of an unique application called Preware. This application is essentially a portal that provides direct, on-device access to Homebrew apps and UI / System customizations. Using an unique patching system, the installation and removal of the UI / System customizations were painless for users. With the simple touch of a button, users could automate the process of installing and configuring of changes, and even reverting back to original state.

Once various online accounts have been added into an account management application, the Synergy feature of the webOS operating system will automatically download, integrate, combine and keep in synchronization, key information from all the sources added. Syngery will also make this data available for use by applications installed on the device.

Below are screenshots depicting the design language of webOS applications.

As part of an ethusiastic and committed homebrew community that firmly believes in Open webOS’ elegance, simplicity and power, WebOS Ports is dedicated to not only bringing Open webOS to devices with readily available hardware drivers, but is also actively working with WebOS Internals and other Homebrew developers to continue adding unique features to Open webOS.

See the Luna Next page for more detailed information on these features.

NOTE: THIS PAGE IS A WORK IN PROGRESS!!!